Good To Know- Tirana is the capital and the largest city of Albania. It has a very old history, dating back to the Palaeolithic, some 10,000 to 30,000 years ago. The oldest settlements are found close to Mount Dajti and Pëllumbas Cave, while Tirana and its suburbs are filled with Illyrian toponyms. The Illyrians called the settlement Tërana. But the city itself is relatively new, about 400 years old, founded in 1614 by Sulejman Pashe Bargjini a feudal lord from this region. Its geographic location, between mountains and sea, in the very heart of Albania, has made this city very attractive to the Albanians, encouraging them to move here.

Origin of Name– Although a new and modern capital city the origins of Tirana as an inhabited centre are old with several theories and myths associating its current name with ancient words. One version is that its name derives from the word Theranda that Greek and Latin sources employed when referring to the area after the term te ranat, Albanian for ‘that which has fallen’, a reference to the soil and substrate swept down by water from Dajti Mountain. Another theory is that it comes from the word Tirkan, the name used by the sixth century Byzantine historian Prokop to refer to a castle, first built in the first century BC, on Mount Dajti, and the ruins of which are still there. Some say it comes from tyros, the old Greek word for ‘dairy’, with the hypothesis that it was in the fields here that local shepherds gathered to trade dairy products. 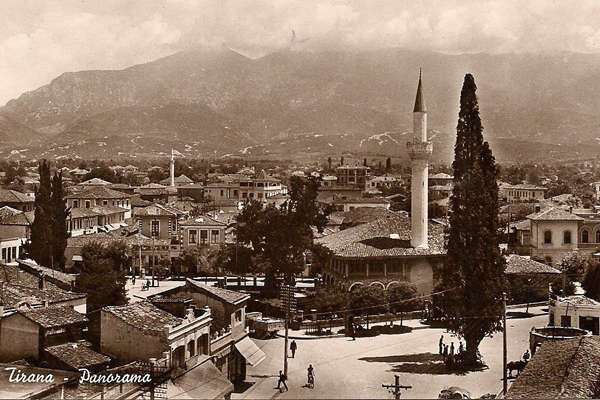 Modern Tirana was founded in 1614 by Sulejman Bargjini Pasha, a local ruler from Mullet who constructed a mosque, a bakery and a hamam (Turkish sauna). The city began to grow at the beginning of the 18th century but it remained an unimportant town until it was proclaimed Albania’s capital in 1920. The choice was made due to its central geographical position in the country, on the fault-line between the northern Ghegs and the southern Tosks. It wasn’t until the late 1920s when, under Italian influence, the centre of the city took on the appearance of a capital city. 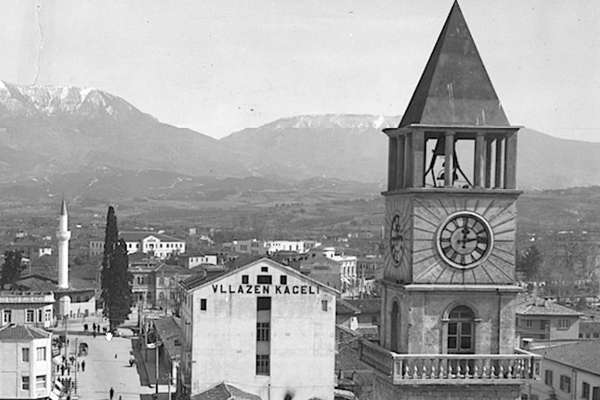 On 8 February 1920, the Congress of Lushnjë proclaimed Tirana as the temporary capital of Albania, which had gained independence in 1912. In 1923, the first regulatory city plan was compiled by Austrian architects. Then the construction in Central Tirana was part of the cooperation package between King Zog of Albania and Fascist Italy. Ahmet Zog was the leader of Albania from 1922 to 1939. He first served as Prime Minister (1922–1924), then as President (1925–1928), and finally as King (1928–1939).  The centre of Tirana was the project of Florestano di Fausto and Armando Brasini well known architects of the Benito Musoloni period in Italy.

Brasini laid the basis for the modern-day arrangement of the ministerial buildings in the city centre. The plan underwent revisions by Albanian architect Eshref Frashëri, Italian architect Castellani and Austrian architects Weiss and Kohler. Modern Albanian parliamentary building served as a club of officers. It was there that, in September 1928, Zog of Albania was crowned King Zog I, King of the Albanians. 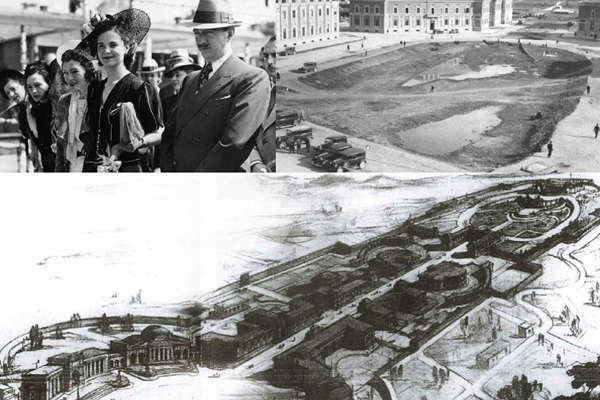 Well-known architects of the Mussolini period in Italy, Florestano de Fausto and Armando Brasini, were the masterminds behind the construction of the main square, which today bears the name of the Albanian National Hero Skanderbeg, the huge boulevard, ministry buildings, national bank, the town hall and the Palace of Brigades (former royal palace, today the presidential palace). In 1939, Tirana was captured by Fascist forces that appointed a puppet government. The Italian architect Gherardo Bosio was asked to elaborate on previous plans and introduce a new project for the area of the present-day Mother Teresa Square. By the early 1940s, the southern end of the main boulevard and the surrounding buildings were finished and renamed with Fascist names. 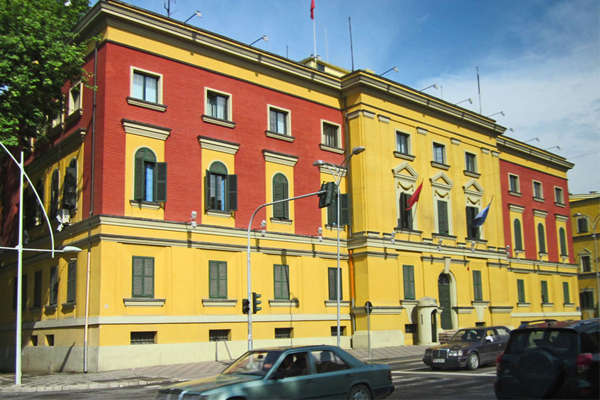 From 1944 to 1991, the city experienced ordered development but with a decline in architectural quality. Massive socialist-style apartment complexes and factories began to be built, while Skanderbeg Square was redesigned, with a number of buildings being demolished. For instance, Tirana’s former Old Bazaar and the Orthodox Cathedral were razed to the ground for the erection of the Soviet-style Palace of Culture. The Italian-built municipal building was detonated and the National History Museum was constructed in its place, while the structure housing the Parliament of Albania during the period of monarchy was turned into a children’s theatre (Puppet Theatre today). The northern end of the main boulevard was renamed Stalin Boulevard and a statue of the Soviet leader erected in the city square. As private car ownership was banned, transport for the masses consisted mainly of bicycles, trucks and buses. After Hoxha’s death, a pyramidal mausoleum was constructed in his memory by the government. Now, it is known as the Pyramid, but has little to do with Enver Hoxha, having been turned in a cultural centre of Tirana. 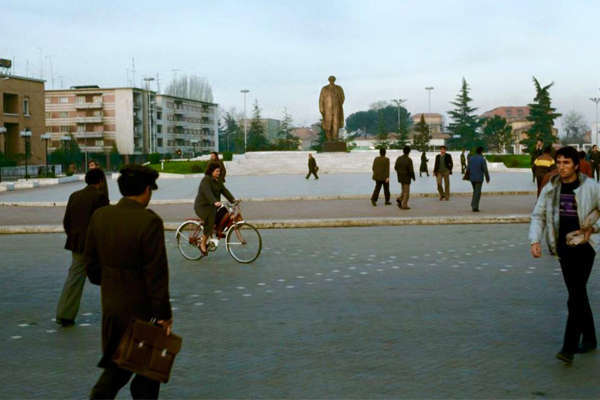 Today, Tirana is the centre of the political, economic, and cultural life of the country with about 1,000,000 inhabitants. In the last few years the city has seen substantial changes in its appearance. The dull communist-style apartment blocks have been painted over in bright colours with abstract patterns by an artist turned mayor (Edi Rama, the current prime minster). This is not only a quick fix but also an uplifting experience for inhabitants and visitors alike. Furthermore, Tirana has seen improvements in its development with modern infrastructure, contributing to the city’s metropolitan look. Tirana is changing day by day. The Skanderbeg square is newly restored and was inaugurated on 10 June 2017

Tirana’s name is mentioned for the first time in a Venetian document of 1418. The first record of its population was compiled by the invading Ottomans in 1431–1432, revealing some 1,000 houses and 7,300 inhabitants. A century and a half later, in the registration of 1583, Tirana had 20,000 inhabitants. In 1769, Tirana and surroundings exported 2,600 barrels of olive oil. At the beginning of the 20th century Tirana area had 140,000 olive trees and 400 oil mills, while the market numbered 700 shops. In 1990, the city had 250,000 inhabitants, while it now numbers more than 700,000, perhaps as much as one million, due to a demographic shift with people from all over the country heading towards the capital.

Tirana is the capital city of Albania, a country in south-eastern Europe with a coastline that runs from the Adriatic Sea to Ionian Sea. It is situated in the south-west of the Balkan Peninsula, between Greece to the south, the Republic of Macedonia to the east and Montenegro and Kosovo to the north. Tirana itself is positioned just west of the centre of the country, with the Adriatic coast only 30 km away.